Online voting has now ended. Results will be announced at the VCTC Awards Dinner on January 28, 2017.

The candidates for the three positions on the Board with terms ending in 2019 are Carolyn Hehir, Andrea Rafael and Mandi Susman. Below are the candidate statements from each. The online voting for these candidates can be found at the bottom of this page. Each paid up member is allowed up to three votes (one for each open position). Two members from each family membership are allowed to vote. 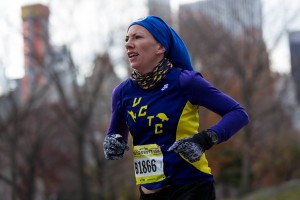 The Van Cortlandt Track Club was started in 1977, as was I.  I grew up in the neighborhood (off 238th & Bailey Ave) and had my first race here in 1993 as a high school junior.  Cross country, across the flats and into the back hills.  I made a cardinal rookie mistake: started at a 400m sprint pace and hit the wall before reaching the cow path.  I’m not certain I came in dead last, but it’s a distinct possibility.  And yet, running the back hills is my happy place and descending from there, with the fence to the right, is my favorite running spot in the world.  Van Cortlandt Park holds a special place in my heart.

I considered joining VCTC in 2011 and joined in 2012.  I’d moved back to the ‘hood and started running long distance again (a half marathon in 2011 and a marathon in 2012); I figured I was doing all this running, I might as well run with people.  It was a great decision.  Since then I have come to learn so much from members of the club and have greatly enjoyed and benefitted from the team camaraderie.  Interests and knowledge among members is diverse, from the short-distance track enthusiast (Coach Ken, for one) to the ultra-distance fiend (Stephany Evens et al), from the experienced runner with long history and knowledge of the sport (such as Louis Csak and Bobby Asher) to the newbie who brings fresh enthusiasm to running and reminds me of that fresh enthusiasm (for example Alison Watkins and Rigo Martinez).  It has become clear to me that we are stronger runners together, than we could be apart.

I have served as the Women’s Open Team Co-Captain, along with Susan Moore, for the past year.  In that time I have tried to assist with what running knowledge, information and enthusiasm I have and to encourage participation in NYRR Team Points races, for a strong team showing.  I am an active club member, regularly attending the Tuesday and Thursday workouts, running in Team Points races, participating in social events as end of Summer Series party and turning out to cheer others when I myself am not running (Hot Dog! NYC Marathon).  I’ve been running for quite some time (1992-1998, 2005- present) and raced over a range of distances (400m to 100k/ 62 Miles) and have accumulated a considerable amount of running knowledge in the process.  I would like to continue to contribute that knowledge to the club, including in a more formal, structured way via serving on the board.

As a general principle, we are a team connected by physical location, loosely bound by the gem of a resource that is Van Cortlandt Park.  The park has: a storied cross-country course, over a hundred years old, that has seen the likes of Steve Prefontaine, Frank Shorter and Shalane Flanagan, to name but a few, run its grounds, and also Jimmy Atkins, Kate Donovan and Matt Soja, to name but a few more; a track with an endearing ripple in it, with workouts helmed by Coach Ken and Coach Glen, where we get our speed on; and the one and a half mile parade grounds flat loop, good for Laura Rodriguez’s miles upon miles and Rick Bloomer’s Thursday Tempos.  The park serves the neighborhood as does the Van Cortlandt Track Club.  The club provides support to people of all abilities, from the competitive runners leading the pack, to the slow and steady bringing up the rear, and the middle of the pack in between.

I would like to contribute to this club for the long term and continue the tradition of the club and of Van Cortlandt running.

I would also like to acknowledge the importance of “walking” as a component of our running club.  It speaks to the inclusiveness of the club.  For a variety of reasons there are times when we may not be willing or able to run, be it injury, changed priorities or what have you.  It’s fantastic that there is a place for walkers in the club.  I consider myself to be a life-long runner, though did take a break from running.  I still made it a point to walk a couple of miles each day in that time.  It’s heartening to know that should I take another extended walk break, there will still be a place for me in the club.  Walking, too, is a vital component to health.

Thank you for your consideration.  I would be honored to join the board for the Van Cortlandt Track Club.  Please do let me know what is a priority for you in this club. 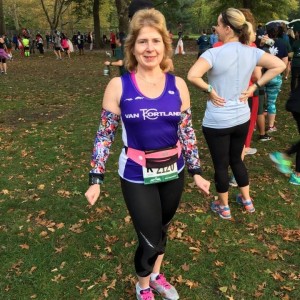 I joined VCTC in January of 2013 and quickly learned the spirit and camaraderie of our team members. Whether fast and competitive, or slower and running for fun, we are there for each other, inspire each other, and cheer for each other in races near and far.

I have been fortunate to give back by serving as Membership Director of the team since early 2015. I also have been helping with welcoming our new members.

If you put your trust in me by electing me for a Board position, I will strive to keep the “small-family” feel of our ever-growing team, and to make sure VCTC remains the best team ever. 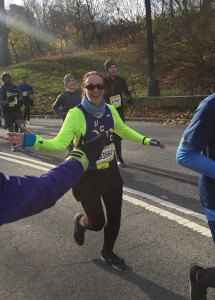 Current Vice President
I am honored to have been nominated again to run for the Board of Directors of the Van Cortlandt Track Club. 2016 marks the end of my second year of my first term on the Board and I hope to be elected to serve again for another two years. My first year on the Board I served as Treasurer and then spent my second year as Vice President, giving me exposure to almost every aspect of the club. As my involvement grows, so does my love for my second family and all the members who continue to be welcoming, accepting and supportive of each other regardless of experience, goals or speed. We all know, if someone shows up for a group run, they are part of the family and welcome no matter what. My commitment to the team should I be voted in for another term is to foster that atmosphere, welcoming all runners no matter what. Go VCTC!

Online voting has now ended. Results will be announced at the VCTC Awards Dinner on January 28, 2017.