Van Cortlandt Park is a great resource for runners.  The park has a storied cross country course, that is over 100 years old and has hosted running legends the likes of Frank Shorter, Marty Liquori and Shalane Flanegan.

The park also has: a track; a flat 1.45 mile cinder path loop, known as ‘the flats’ or ‘the parade grounds’ and other trails.

The first native people to inhabit our region were Paleo-Indians, descendants of nomadic bands who had made their way into North America from Asia across the Bering Strait land-bridge. They entered the New York area about 10-12,000 years ago, finding the tundra-like climate favorable for hunting their primary game animals — mastodon, giant beaver, and caribou. Over time, as global temperatures continued to rise, the larger mammals headed north. The Paleo-Indians followed, leaving the area uninhabited for nearly 3,000 years.

About 6,000 years ago, native groups traveling from the south settled back into our region. Despite our popular image of Plains Indians who lived in tepees and hunted buffalo, local native inhabitants were Woodland Indians who lived in dome-shaped huts and adopted nomadic ways until approximately 1,000 A.D. when they settled into an agricultural lifestyle. Now referred to as Lenape, these people inhabited an area that stretched from the lower New York counties as far south as Delaware. The Lenape living in the Van Cortlandt Park area were the Wiechquaeskeck. They hunted in wooded uplands, fished in Tibbets Brook and its marshes, farmed on the Parade Ground and Indian Field, and foraged through meadows and forests for nuts, fruits, and other edible plants.

When Europeans first saw the parkland, there was no Van Cortlandt Lake. Tibbets Brook flowed through the valley, draining into a vast salt marsh below the slope where the Van Cortlandt House would later stand. Another small tributary nearly bisected the Parade Ground where a principal Native American settlement was encamped amongst planting fields. (It was not until the 1690s that the lake was created when Tibbets Brook was dammed to power a grist mill.)

In 1639, the Dutch West India Company purchased most of today’s Bronx County from the local Natives and, in 1646, sold it to Holland native Adrian Van der Donck. Van der Donck, New Netherlands’ first lawyer, barely lived on his new homestead, having been drawn into a lengthy legal battle between the settlers and the Company in Holland. At the time of his death in 1655, a period of unrest began between Native groups and European settlers, forcing his widow back to the safety of New Amsterdam (in present-day lower Manhattan).

After Van der Donck’s widow sold the property to her brother in 1666-7, the land changed hands several times before Frederick Phillipse, a wealthy English merchant, purchased it in 1693. The name Van Cortlandt was first associated with the area the following year when Jacobus Van Cortlandt bought property. In 1698, he married Phillipse’s daughter Eva, and soon after, bought the 76½ acres encompassing the site where today’s house stands. Over a 38 year period, Jacobus, a future mayor of New York City, systematically purchased the entire land area of the present-day park, developing it into a productive grain growing and milling operation. In 1748, Jacobus’ son Frederick built the Van Cortlandt House. The family lived on and farmed the land through the 1880s, operating, in essence, a northern plantation with servants and tradesmen in their employ.

The 19th century brought projects to the future parkland that were indicative of the city’s growth. These included an aqueduct and railroad lines. Construction began on the 41-mile-long Croton Aqueduct in 1837 bringing clean water from the upstate Croton Reservoir, through Westchester and Van Cortlandt Park, across the High Bridge, and finally to a distributing reservoir where the Main Branch of the New York Public Library stands today at 42nd Street in Manhattan. In the 1880s, two railroad lines were laid across the parkland. The Putnam Railroad Line established service to Brewster and points north. A spur of this line provided a quick trip northwest through the park to Yonkers’ Getty Square.

New York City took title to Van Cortlandt Park on December 12, 1888. It subsequently developed some sections, added play areas, made wild areas passable, and upgraded existing features. Unfortunately, highway construction in the 1940s and 50s cut swaths through the park that resulted in a loss of precious wetlands and an increased difficulty to traverse the park. A series of fiscal crises beginning in the 1970s inflicted a tremendous strain on the park, impeding its upkeep.

In response, park planners and community activists sought ways to preserve and enhance much of Van Cortlandt’s natural splendor and improve its built facilities. In 1983, the Parks Commissioner established an Administrator’s Office to oversee all aspects of the park’s maintenance, operations, and management. Primary achievements include the creation of a natural resources crew to actively care for Van Cortlandt’s forests, meadows, and wetlands; major park renovations such as the main entrance at Broadway and Van Cortlandt Park South and the Cross Country Running Course; and increased children’s programs, volunteer activities, and special events. 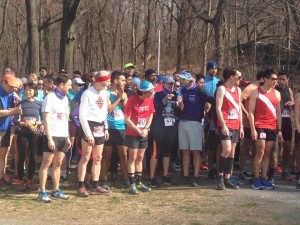 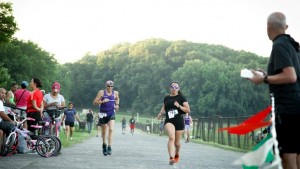